Serbia drifts away from EU

Belgrade daily DANAS published an article on September 4th in which VUK DRAŠKOVIĆ, president of the Serbian Renewal Movement (SPO), dramatically warns that Serbia is drifting away from its proclaimed strategic goal - EU membership. This text was originally published under the title "You can't go to Brussels via Moscow". 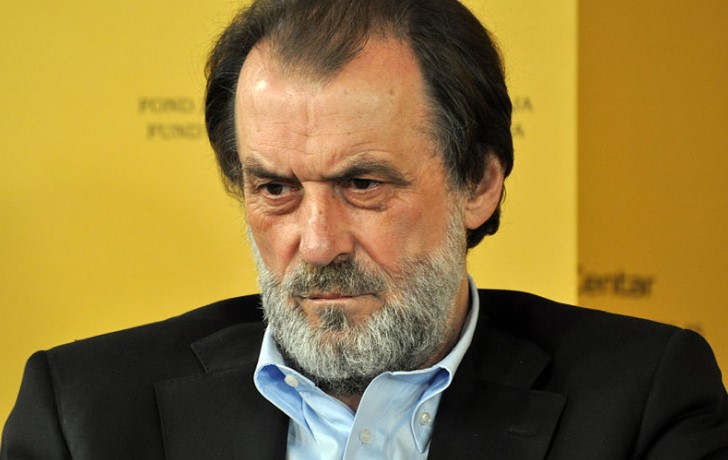 Serbia drifts away from  EU

Since the fall of Slobodan Milosevic the strategic goal of all Serbian governments was the admission of the country into the European Union.
And how is that working out? We have been traveling in the opposite route, all the time proclaiming that we are heading towards Brussels. The EU is far off, but we will be joining the Eurasian union as early as October.

This is a success, they say since there are 180 million people living in the Eurasian market.

Is it? Through membership in the Eurasian Union (Russia, Belarus, Kazakhstan, Kirgizstan and Armenia) Serbia risks losing the EU market of over 500 million people, where 70 percent of its exports go, while its exports into the countries of the Eurasian union is twelve times smaller. Serbia also risks losing billions of euros in donations, subsidies and one-time aid from the EU’s pre-accession funds.

Furthermore, she also risks a civilizational schism with its citizens living in the West. There are nearly two million of them in EU countries, and as many in the US, Canada and Australia. In just the past decade over 700.000 people, most of them young and well educated, have left Serbia in pursuit of work and a better life. All of them, like the millions of people that preceded them, have traveled westward, almost none of them have gone to either Russia, China, or Kirgizstan. Serbia, forlorn by the EU and the West, is in peril of turning into the Venezuela of the Balkans, maybe even Syria.

The numbers say that Serbia exports more goods into Bosnia then into Russia, China, Belarus, Kazakhstan, Kirgizstan and Armenia combined. The countries of the EU have donated over three billion euros to Serbia, while the United States gave away one billion. The people of Serbia are unaware of this. They trust the media when they say that the only thing coming from the west are threats and blackmail, and that Russia and China are the caregivers and the benefactors, even though gifts from those countries are nowhere to be seen.

The facts are implacable. So much worse for the facts, Stalin used to say, and the disciples of that autism and narrow-mindedness are educating the Serbian public more brutally that they ever have while Milosevic was in power. At the end of the 20th century, when they were killing and dismembering that big country, they were opposed, daily, by a Serbia that resisted evil, branded and unmasked war crimes, war criminals and their ideologues. That Serbia could not be tamed or silenced, not through murder, not trough torture, not through incarceration or accusations of high treason.

Eighteen years since the proclamation of a “democratic rebirth” in Serbia and it’s turning towards “Euro-Atlantic integrations” (towards EU and NATO), the chair for the education of the people against these goals is being held by the culprits that contributed to the country’s greatest national shame and defeat. Secret service agents, war profiteers, brigands and cutthroats, convicted war criminals, anti-Western ideologues, quasi-scientists and quasi-analysts, orthodox jihadists, fortune-tellers and soothsayers appear on TV every day, the doors of the largest press outlets are wide open for them, they publish books and war memoirs about the US-European conspiracy against Serbia, they hold lectures in small towns and villages, spew hate over social networks… And here we are. Not in the European but in the Eurasian Union!

And how are things in Russia? According to official statistics, over the past two and a half decades around five million people have left Russia. Non-government orgnaizations from Moscow say that number is, at least, two times higher. Aleksey Kudin, former minister of finance, claims that 18 million people have fled from Russia. Alina Polakova, president of the Atlantic council, is issuing dramatic warnings about an ongoing “Russian exodus”.

Over 800.000 scientists have moved out of the country. Most asylum seekers in the countries of the EU are refugees from Syria and Russians leaving Russia. Moscow official aren’t trying to deny the “demographic catastrophe”. However, as far as the local anti-Western craze is concerned Vladimir Putin IS Russia. Putin threatens Putin commands, Putin decides… Anti-European and anti-Western propaganda puts the Russian president to the forefront every day as its sword and shield. If we had Putin back then operations “Oluja” and “Bljesak” would never have happened, we would have crushed NATO, cleansed Kosovo and expanded Serbia to such borders as we saw fit! This is what is being pushed down people’s throats for eighteen years. These are the fantasies Serbia has succumbed to.

And Russia, the largest country in the world, the richest in resources that God bestowed, the country of the most numerous European people of great knowledge and spirit, has everything it needs to be a magnet that attracts and global power in all respects. Unfortunately, Russia is none of those things. The West overpowers it. The West wins out on the front of human freedoms, the standard of living, technological achievements, competition of ideas, peaceful transition and control of power. The natural need of people to be free, to work for a living and earn for a living, not to cower from the power of the state and it’s ideological, religious or any other inquisitors, is what draw people from across the world towards the West. There are no migrant caravans coming from the West. And the countries from which the people are fleeing cannot be saved from their inevitable defeat by guns, secret services, repression or propagandists from Goebbels’s and Beria’s pantry.

While there is Russia and China Kosovo, though lost, is not lost! This is the strongest chain that drags Serbia away from Europe and towards Asia.

It is way past time for Serbia to escape its labyrinth of self-delusion, deception and decline. To start its European locomotive which has been sitting, cursed and shackled, in its station in Belgrade for eighteen years. Tugboats from Brussels move it through donations, subsidies, visa-free passports, even flattery, but tugboats from the East always pull it back. The illusion of Serbia’s Journey to the West is maintained, though the West is as far as ever.

You can’t reach Brussels via Moscow nor the West by heading East.